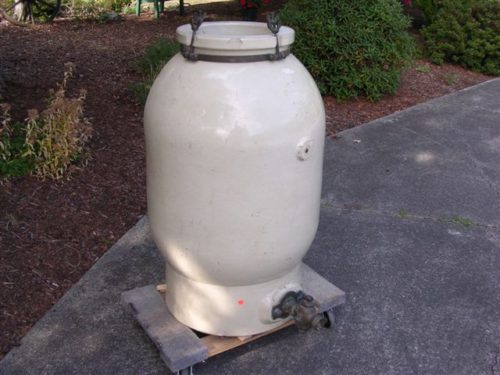 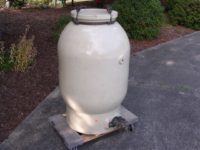 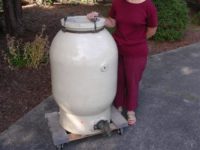 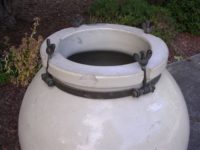 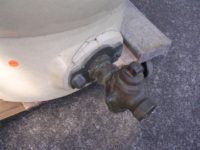 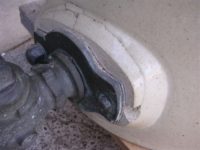 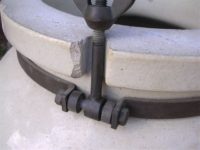 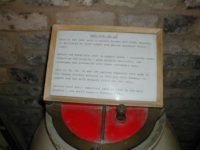 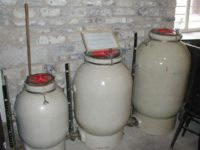 - drain at bottom with brass shut off valve

- iron band at the top with 4 screw-downs attached. Was used for a lid which is missing.

- the following markings are embossed into crock surface

This crock has never been cracked or broken and is in very good condition for it's size and age. There are chips out of the bottom outer edge and also some from the top lip. I tryed to show them in the pictures. Also where the drain spiget is there are a couple of chips on the surface. The chips by the drain are there - I don't think they would effect holding liquid. The lid is missing as is the guage. I have seen a lot of crocks in my life time, but never such a unique one as this one. I have been made aware of the history of these crocks (jars) by a fine gentleman fromEnglandthat visited a wine makers musieum in that country last year and shared the last two pictures with one giving a history of these crocks. Many thanks Peter Holmes. A must for the collector that wants something different. . Unit is located in White Rock, British Columbia, Canada – 3 miles from Blaine, Wash – next to I-5 freeway. Call Al at 206-227-6673 or 604-813-5500